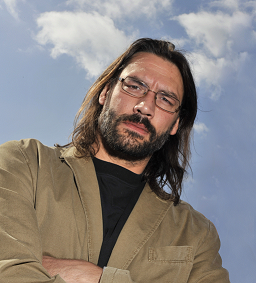 With his background in Java Development, he understands the complexity of Enterprise software development, Agile Scrum environments and continuous delivery / deployment.

Since my first attendance at an OWASP conference, back in 2006 in Leuven, Belgium, I was hooked by OWASP.

In 2007 I joined the OWASP Netherlands Chapter Board and got involved in several OWASP projects. When Committees first started after the Summit in 2008, I was Co-Chair of the Education Committee. In 2011, I began my global community engagement as a co-organizer of the OWASP Summit in 2011. I was invited and approved to serve as the compliance officer for the OWASP Foundation in 2014 and asked to continue this position until I stepped down at the end of 2015.

June 2017, I joined the board of directors of the OWASP Foundation, where I am acting chairman of the board since January 2018.

I believe that OWASP is about community! I have and continue to work to introduce OWASP to professionals, students, and developers. Here are a few of my engagements over the past decade.

Next to my responsibilities as Chairman of the BoD, I focus on developer outreach, the OWASP Security Knowledge Framework (SKF) project and supporting new chapters. I also work to connect leaders so they can collaborate on the best practices and improve the quality on the OWASP projects. Outside of OWASP, I support IAMTHECAVALRY, have been involved in working groups for the European Commission as FOSSA, AITOI and the Scientific Advice Mechanism (SAM), and am guest lecturer at Universities.

In the past, as I will do in the future, I represent OWASP at various security, developer and testing conferences with an OWASP booth and presentations (among others):

More details are available on: