Currently, DNS servers are widely misused to amplify DoS traffic. This is called a DNS Amplification or Reflective attack. It appears that SOAP webservices that implement WS-Addressing might be vulnerable to similar abuse, as stated in this paper The aim of the project is to investigate web service frameworks and develop tools to test this vulnerability and determine the threat magnitude on a global scale.

Ideas, development and all other contributions are more than welcome. This page will be updated with the current progress and to-do's. Feel free to contact the project leader for any questions.

In the image below, the possible attack scenario is depicted. Very similar to the DNS amplification attack, the attacker commands a botnet to access a third party, here, a webservice. The request to the webservice contains a WS-Addressing header that specifies the victim's address as the ReplyTo or FaultTo address. The webservice replies to this address with a message that is potentially larger in size than the original request, effectively amplifying the attack. 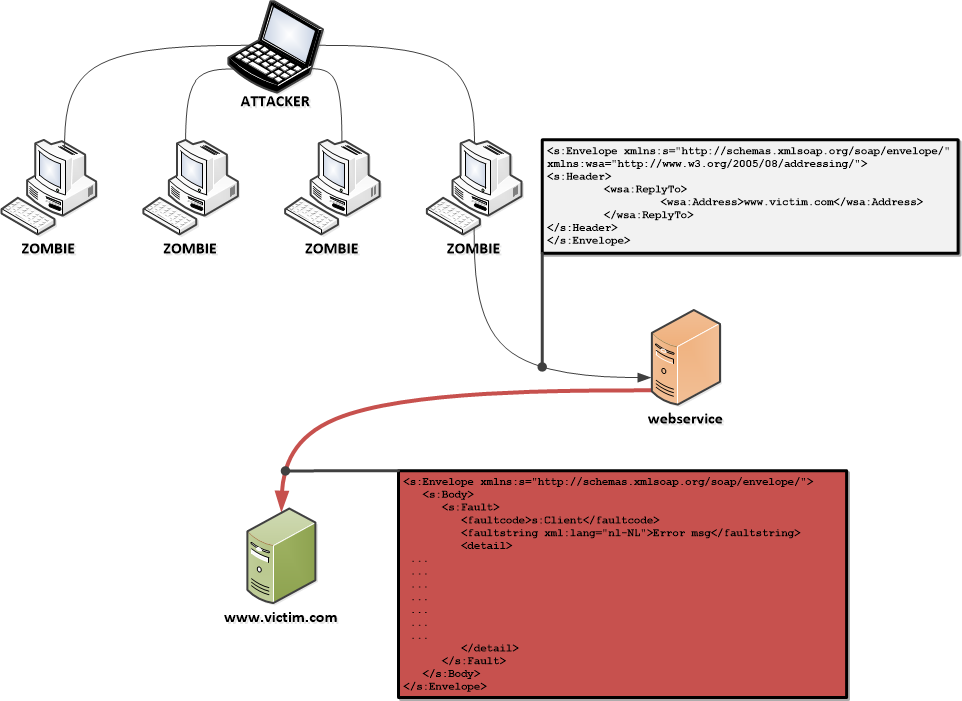 To determine the magnitude of this vulnerability, the project works on two paths:

In the image below, the last two parts are displayed. Development of these has started as a draft here. 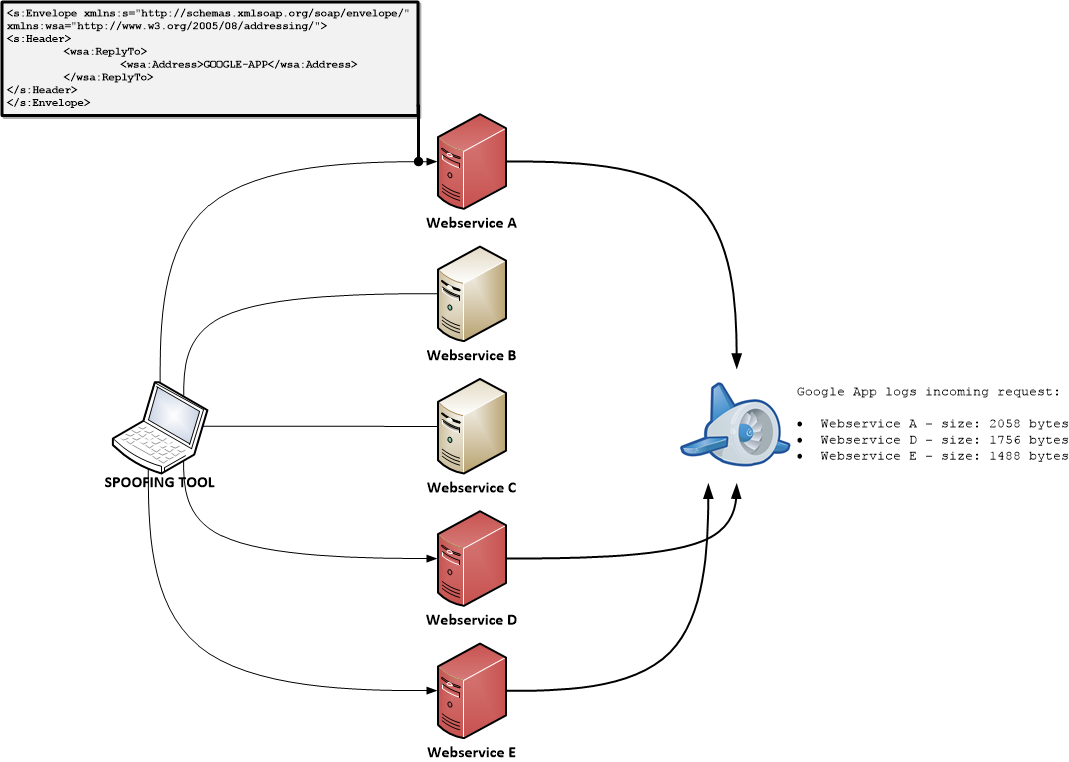 In order to get a grasp of the magnitude of this threat, it is also necessary to be aware of the default behaviour and settings in the existing web service frameworks. So far, Axis2 and JAX-WS (Metro) have been confirmed to enable it without the user specifying the need for it. Potentially creating a lot of web services that are unnecessarily prone to abuse.

CXF supports WS-Addressing, but explicit configuration is required to enable it.

.NET/WCF supports WS-Addressing, but the default behaviour on a RepyTo field is unclear.