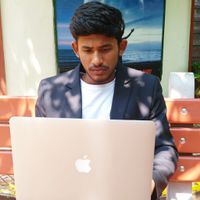 Adithyan AK is an Independent Security Researcher and a Public Speaker. He is the CEO and Co-Founder of StuxNoid. Adithyan AK has been acknowledged by Intel, Avira, AT&T, IIT Madras, VU University and many other companies for finding security vulnerabilities in their applications. He has delivered Guest Lectures on Ethical Hacking and Penetration Testing at various workshops and conferences including IIT Madras and Hindustan University(Chennai). He is Chapter Lead of Open Web Application Security Project Coimbatore Chapter. He has been into Information Security right from the age of 13 and has worked along with various Security Researchers for securing Web Applications. He has published his research papers on Remote Code Execution in Web Applications and Sniffing HTTPS in LAN by ARP poisoning. He has conducted Workshops on Ethical Hacking in Chennai and Vellore and delivered Guest Lectures for various colleges around Tamilnadu.