Difference between revisions of "CRV2 360Review" 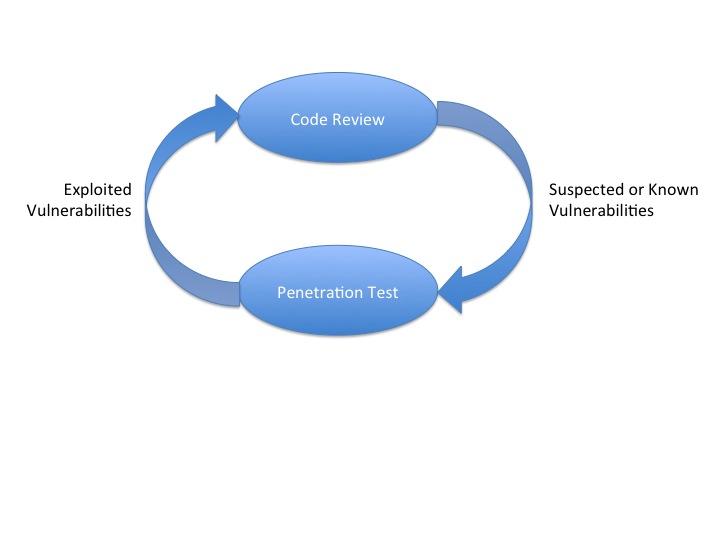 A penetration test that uses a code review as input to planning is referred to as white box testing (also called clear box and glass box testing). This approach can lead to a more productive penetration test, since testing can be focussed on suspected or even known vulnerabilities. Using knowledge of the specific frameworks, libraries and languages used in the web application, the penetration test can concentrate on weaknesses known to exist in those frameworks, libraries and languages.

While vulnerabilities exploited during a white box penetration test (based on source code review) are certainly real, the actual risk of these vulnerabilities should be carefully analyzed. It is unrealistic that an attacker would be given access to the target web application's source code and advice from its developers. Thus, the risk that an outside attacker could exploit the vulnerabilities found by the white box penetration tester is probably lower. However, if the web application organization is concerned with the risk of attackers with inside knowledge (former employees or collusion with current employees or contractors), the real-world risk may be just as high.

The results of the penetration test can then be used to target additional code review. Besides addressing the particular vulnerability exploited in the test, it is a good practice to look for additional places where that same class of vulnerability is present, even if not explicitly exploited in test. For instance, if output encoding is not used in one area of the application and the penetration test exploited that, it is quite possible that output encoding is also not used elsewhere in the application.