We are pleased to announce that the UK Cambridge chapter invites you to join OWASP AppSec Europe 2104 global conference, June 23rd-26th.

This conference is an opportunity to hear about the latest research on a myriad of topics related to web security, as well as establish connections between developers, security experts, and business leaders who are all stakeholders in ensuring applications are as secure as possible.

What will be going on in AppSec Europe 2104

Facts in a nutshell:

If you have any questions, please email the conference committee: [email protected]

The following are the members of the Organising Committee:

In addition, the following permanent staff from the OWASP Foundation are also helping make the conference a success:

All submissions should be sent via EasyChair. Please select the appropriate track once you have registered. 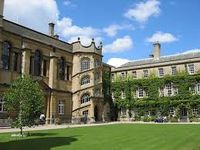 Anglia Ruskin University is ranked as the 949th best higher educational intitution by 4icu.org globally, and the 2486th best university in the world according to Webometrics.info. The primary purpose of this ranking is to promote Internet publication, including formal and informal communication, by supporting Open Access initiatives, electronic access to scientific publications and other academic material thus increasing the visibility of universities. 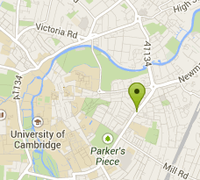 Cambridge campus (in Green on the map: East Road, Cambridge CB1 1PT) is in heart of the city and has recently reached a milestone in its history with the opening of the new £35-million redevelopment. The regenerated campus opened in September 2011 and provides a wealth of new facilities which will benefit our Anglia Ruskin community. We offer all the advice and support you'll need for your studies, career aspirations and personal issues. Halls of residence for first year students are on-site, as well as facilities for leisure activities and societies.

We've secured the use of the Bradmore Street entrance (just off East Road and round the corner from the main entrance) which is the main entrance for the Lord Ashcroft International Business School where the main conference activities are taking place.


Travelling to Anglia Ruskin University Cambridge Campus
This information is for guidance purposes and may be subject to change.
Please note that trains do not run overnight, so if you are arriving in the evening please check train times in advance: www.trainline.com
If you would like to book a taxi from an airport it will be cheaper if you book in advance using one of these firms:
A1 Cabco +44 1223 313131
Panther Taxis +44 1223 715715

Arriving at London St Pancras
If you come into the country by rail - via the Euro tunnel through France - then you will arrive at London St Pancras station. Follow the signs for the Underground and buy a ticket to Chelmsford. Take the Metropolitan line eastbound to Liverpool Street. Follow the signs to the main line station, buy a ticket to Chelmsford and then take a train to Chelmsford. The entire journey should take approximately 1 hour 10 minutes.

On arrival in Cambridge
Coaches from the airports arrive at Parkside directly opposite the Police Station. The University is very close, only about 0.25km on foot from Parkside, simply turn left at the traffic lights into East Rd and the campus is a short way along on the right. It should take you less 2-3minutes to walk to the campus even with a suitcase. Cambridge main line railway station is about 1.5km from the campus, to the south of the city centre. It will take around 20 minutes to walk to the campus from the railway station. You are advised to get a taxi from the station to the campus.

OPENS BY THE END OF FEBRUARY. STAY TUNED!!!

We have confirmed rooms at the below accommodation options for the benefit of Conference delegates.
You are encouraged to secure your accommodation via the registration form to ensure that you receive the negotiated competitive rates.

Cambridge Newmarket Road Hotel is the ideal base for those looking to explore the quaint, historic university town.

The hotel has good transport links, just a short taxi ride from Cambridge Railway Station and Cambridge Airport. If you’re looking for accommodation close to Cambridge University, the hotel is just a ten minute drive away. This is a new hotel with our fresh new look and features Travelodge’s new room design complete with Dreamer Bed so you can be sure of a great night’s sleep.

Located just 1.1 miles from the city center and 2.9 miles from Cambridge Airport, the Cambridge Central Hotel is the ideal place to stay in this historic city. If you’re looking for hotels near Cambridge University, it is only 1.7 miles away.

The area boasts a number of celebrated museums and art galleries, as well as a wide range of intricate architecture and majestic college buildings all of which are within walking distance.

We are looking for sponsors for the Global AppSec Europe 2014

This is a truly unique opportunity to increase your brand recognition as a company dedicated to the highest standards of professional technology & security not only in Europe but also internationally throughout the world while supporting the continued activities conducted by OWASP both in the UK and abroad.


To find out more about the different sponsorship opportunities please check: Sponsorship Oportunities